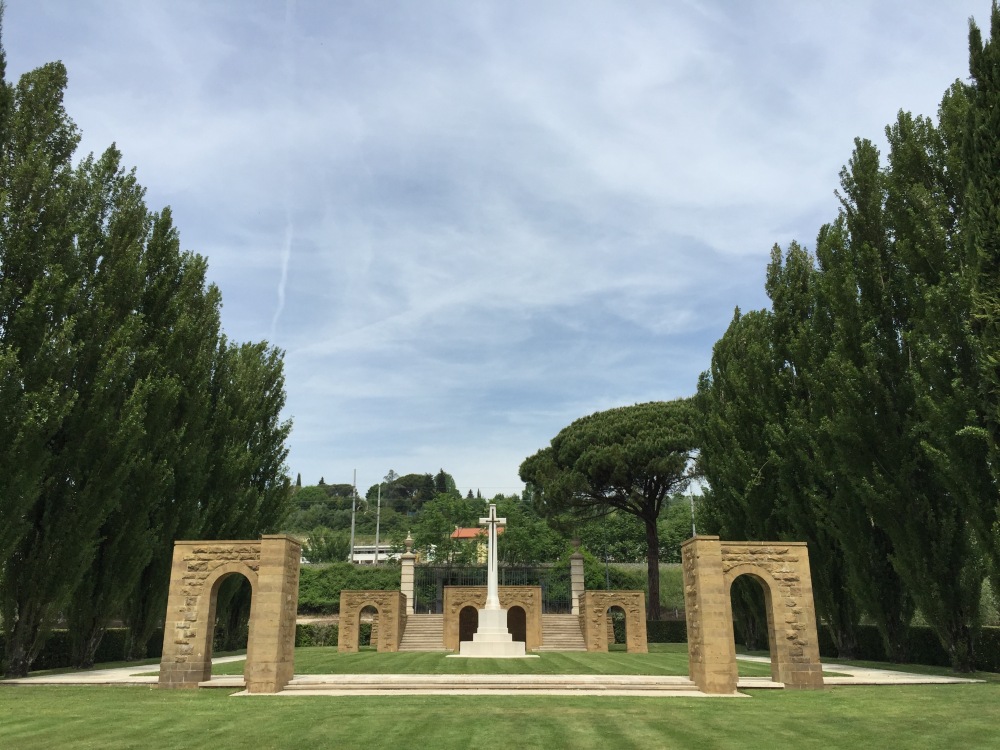 Florence War Cemetery is situated on the outskirts of the famous city near to the River Arno, and close to the fighting in this area in 1944. The fighting reached Florence in August 1944 when New Zealand and South African forces were in action here following the capture of Rome in June. From September 1944 attacks on the Gothic Line positions were made from around Florence and in November 1944 the current site of the cemetery was chosen to bury the dead from military hospitals in the city. The cemetery remained open into 1946 and burials were moved in from the surrounding area after the war.

There are 1,632 burials here of which 1,614 are identified soldiers. There are separate plots for New Zealand, South African and Indian Army troops as is common in many Italian Campaign cemeteries.