On International Women’s Day it is fitting to be sitting writing this at Bergen-Belsen Concentration Camp where arguably one of the most famous female voices of the Twentieth Century died in 1945: Anne Frank. Her diaries have helped to define our knowledge and understanding of the Holocaust, and for me personally they remain as powerful today as when I first read them as a teenager myself. 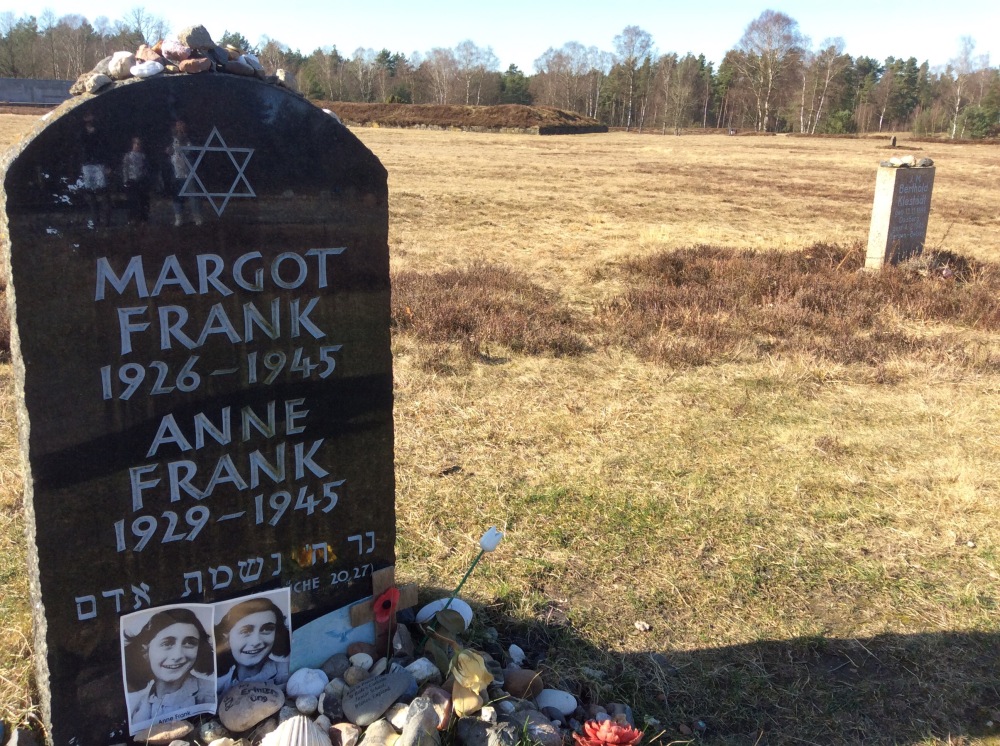 No-one who visits the sites and battlefields connected with the Second World War has a true understanding of that conflict until they have visited a Concentration Camp site, and while this is not my first time at Belsen, the peace and tranquility of what was once such an horrific place never fails to move me.

A common myth about Holocaust sites is that no birds sing at them: the unspeakable acts were so terrible that somehow nature knows and ignores them. Perhaps it does but the truth is that birds are everywhere at Belsen and nature has reclaimed It – and perhaps that is as it should be. No matter what the crimes of man, nature will always reign supreme.

For British soldiers who liberated the camp in April 1945 it was a a defining moment for many of them: here was the evidence of the Nazi atrocities that previously had only been whispers. As one said at the time: ‘Now I know what we had been fighting for’.